I have been working away busily buying food supplies for the upcoming camping season and having a lot of fun using my new Excalibur! Much like Eureka! which has the exclamation point after its name, I think the dehydrator should too.

This model is so much faster to work with, food dries much quicker. The biggest difference is that the heat comes from the back and blows over all the trays pretty much at the same rate. In my old dehydrator, the heat comes from the bottom up. I would have to shuffle the order of the trays during the drying process. My old dehydrator went over to LT's to try and keep him in dried bananas. It's a losing battle!

Some of the things I've dried so far: 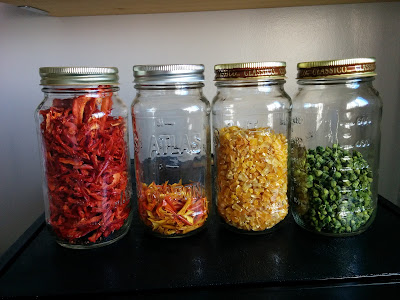 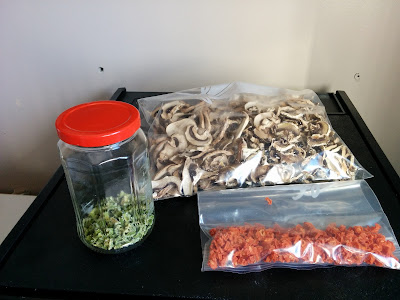 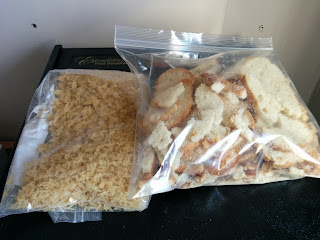 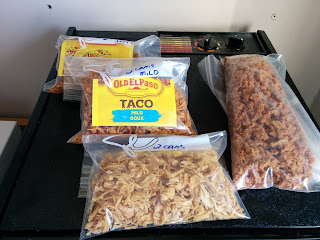 This is what's in the dehydrator now! 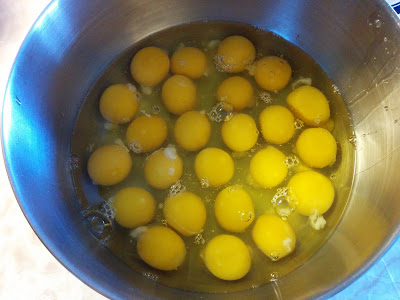 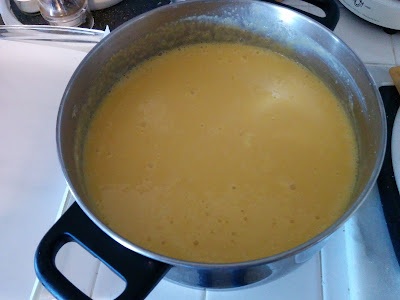 Cooked polenta
I've got all nine trays full of eggs right now. The 2 dozen eggs are good for 6 breakfasts (for 2 people).

I've dried 3 packages of celery, 2 were hearts and one full bunch: Celery is indeed mostly water, look how much those babies shrink! I put a toonie in the picture for scale.

And here's all the trays in one small jar:
I also did 3.8 pounds of extra lean ground hamburger (it was on sale!). I mixed in 1/2 a cup of finely ground bread crumbs for each pound, fried it up, then dried it. I use this for pasta dinners mostly. This year I might try mixing it with soy sauce, rice and broccoli. 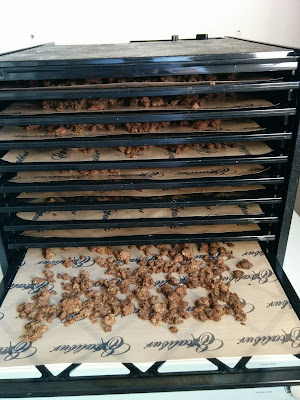 What's left to do?